So I got some weird looks today in Kmart (I get weird looks in Kmart, anyway, with the nose piercing and tattoos, but I got especially weird looks), as I stood in the "book" aisle and jotted down a few titles for y'all. I had no idea all of this existed! 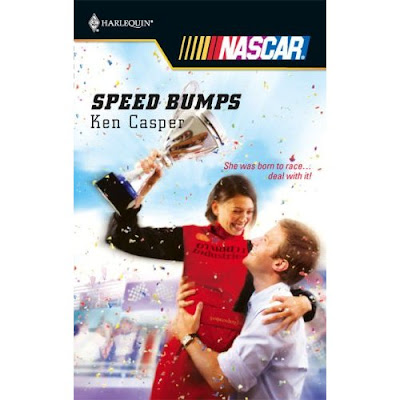 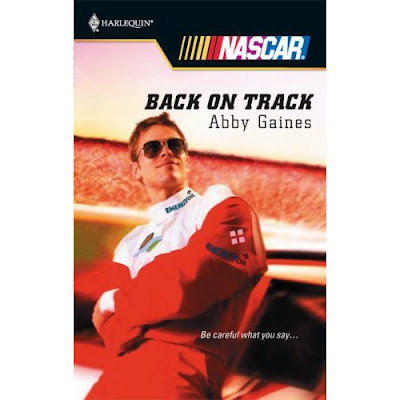 Yes, it appears they do have a whole line of books written with a NASCAR theme. What could possibly go on in these? They meet at the track, drink beer, eat spray cheeze, and wind up having babies named Peyton and Angel? 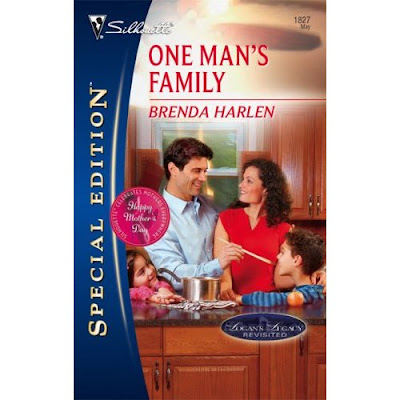 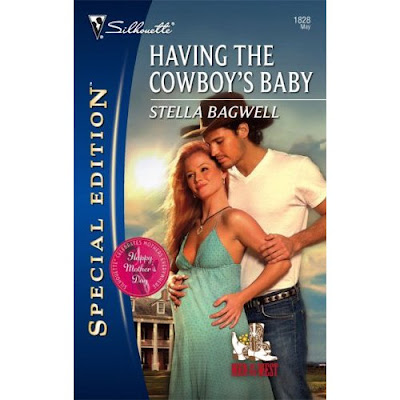 Bagwell! That's almost as good a nom de plume as Nina Bangs (another romance novelist, hat tip to Snow for pointing that out). I didn't realize the single mother market was so lucrative, but I guess they want to dream about cowboys like the rest of us.

And finally, we have a simple What the Fuck?! 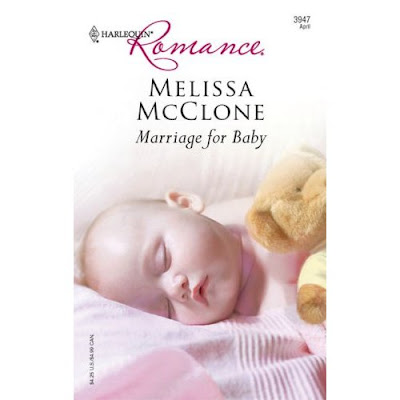 THAT BABY'S NOT OLD ENOUGH TO GET MARRIED!!!

Having the Cowboy's Baby

Marriage for Baby
Posted by Miss Maggie at 1:38 PM

Aw, that first one features a spunky girl racer! And, um, a very not-romance-novel looking man. Maybe focus groups determined that ladies willing to read a romance novel about an obvious FEMINAZI are not reasponsive to Fabio's glistening pecs.

Also, my theory is that the baby is going to be a model for one of those horrible "ROMANCE" posters where toddlers are dressed in wedding clothes and and smooch on the cheek or something. Years later, when they're both adults, they meet again and THEIR LOVE MAGICALLY BECOMES REAL! Either that, or her wedding was arranged at birth to the son of the lord of the neighboring manner in order to create a good expanse of grazing land for the families' flockx.

I get a kick out of the fact that the first book was written by a dude. Those first two bring to mind a line from an old friend of mine, quoting one of his acquaintances who'd just shown off an automotive quick-fix: "I larned that trick wrenchin' for Humpy Wheeler on the NASCAR circuit."

What demographic will be targeted by the next schlock-filled line of romance novels? And how can they possibly be made any trashier?

She was born to race. DEAL WITH IT. GOD DAMN YOU.

In other news, "Melissa McClone"?

I suppose that's how Harlequin Romances are written, but still, do you have to give the game away in the surname like that?

"And how can they possibly be made any trashier?"

Be careful what you ask for!

Oh my god, it's like we're spiralling down into some awful pit of book suckiness -- except THERE IS NO BOTTOM. Egad.

What happened to the old painted covers with Fabio? At least they evoked... something.

There is a bottom. It's called "Dianetics".

One Man's Family is creepy. I can't pinpoint exactly why, though. Help me, loyal readers.

Syro0, she's totally going to thwack him with the cup if feels her up again.

The cowboy baby-daddy is strangely proportioned. He really should hitch those pants up a bit. It almost looks like he's pregnant, too.

One Man's Family -
for one thing, both kids are gazing at something more interesting beyond the fake kitchen set while mom is incredulously staring at dad, probably muttering "you sure you've done that before" under her forced smile, while he's about to extricate sonny's milk-tooth (or tongue) with chopsticks. need any more reasons for creepiness?

One Man's Family is creepy because that's the fakest-looking family I've ever seen. Jesus, the Cleavers look more realistic than this clan (or do I mean "klan"?). Little Jimmy and Little Susie join Mom and soon-to-be-Dad (or maybe it's Dad and soon-to-be-Mom? Damn it, why am I thinking this hard about it?!!?) as they engage in good, clean, white antics in the cozy confines of their 2500-square-foot, split-level ranch in exurbia.

The camera's put away before chaos ensues:

"Mommy said she was whorin' around all the time! She said I was yer brother's!"

"It's a lie, Martha! The little brat's a lying sack of shit!"

What a collection. Each Amazon page features a surprisingly long (but not surprisingly dull) excerpt from its book. Who knew? Not me, anyway. By any indication, anyway, these books are freaking BORING.

Is this the same baby who is blogging here about his problems?

Just recently read on the innert00bz of a woman complaining about men who considered breasts to be "speed bumps" on the road to, well, "intercourse."

You think that's a feminazi?
I could stab her to death with my hair. :lol:

You know, when I was at college I would go to Borders with a notepad and write down the funniest new Harlequin titles to send to my sisters in a list compiled to increase their humor value, such as putting all the ones with "baby" in the title together.

My favorites were the ones featuring names of nationalities and depicting guys obviously not belonging to those nationalities, e.g. "In the Spaniard's Bed" and "The Italian Count's Secret Lover."

Oh lay off the Harlequin/Silhouette/Mills and Boon covers. That's too easy! They're cheap and churned out by a big ole factory. You gotta find some REALLY bad covers from books with covers someone actually thinks about what they're putting on there.

Oh my god, it's like we're spiralling down into some awful pit of book suckiness -- except THERE IS NO BOTTOM.