As a little kid, I enjoyed popup books. The thrill of turning the page and being surprised by an elephant, a tree, or a flying trapeze was too much for me to resist! There's a wonderful connection that a child makes with something that literally springs off the page.

Why, then, did someone think THIS was a good idea??? 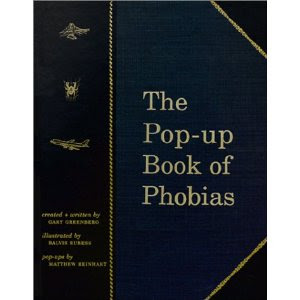 I have no interest in turning the page and seeing a big hairy spider jumping out at me! Or, worse yet, a clown! Ack!! That would send me to the psych ward!!

This is little better! 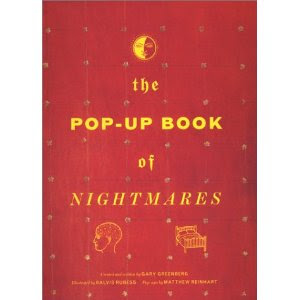 Imagine, a gaggle of clowns (or is it a pod? a flock?) popping out into your face? Or an image of you naked in the middle of the office! Or a long, dark hallway with too many shadows and too many doors. Or ... whatever your worst nightmare entails (I expect details in the comments, people!! Nightmares and phobias!) This book is unnecessary, and like the one above it, very likely to cause permanent psychological trauma.

Then there's this one. 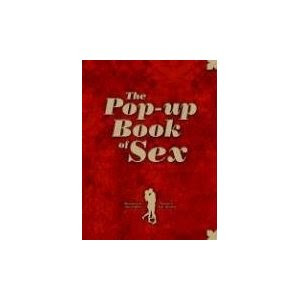 This one, I have to say, has potential.
Posted by BikerPuppy at 5:44 PM 17 comments:

Maybe your time would better be spent elsewhere....

My sister is one of those odd people who spends literally hours in the bathroom. Not doing her hair, fixing her makeup or shaving various parts of her body. She's sitting on the toilet. Reading. Sharing a house (and later -- for one awful year -- an apartment) with her meant constantly being told I could pee in "just a few more minutes." I'm not sure why she found that to be the most comfortable seat in the house. To my knowledge, she didn't have any severe bowel problems that required a long-term commitment. She just liked the privacy. And maybe the accoustics. I never understood it.

However, for any of you who are like my sister, and really enjoy being in the bathroom, here's a lovely book for you. 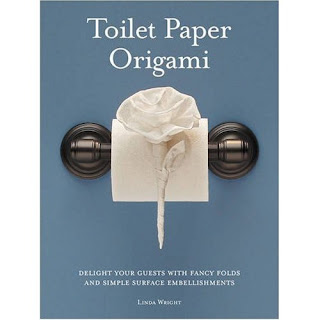 Personally, I would never do this to my bathroom, even if I could sit in the living room to actually make the creations. Why? Do I hate origami? No! Having lived in Japan for a while, I found it to be a delightful part of their culture. Do I have an aversion to toilet paper? Ask some of my childhood neighbors and you'll find that I had quite an affinity for the stuff (and quite a good throwing arm!). The problem is this. When I walk into someone's "guest" bathroom and the towels are very lovely and perfectly arranged, I feel a little guilty using them. I know that's what they're for, and I know that (since I've just washed my hands) I won't be rubbing mud all over them, but it just makes me uncomfortable. Thus, I'd feel like my guests might feel that, if there's origami on the roll, they shouldn't use it. The sign of a good hostess is to make one's guests feel as comfortable as possible. This could cause discomfort, and therefore cannot be allowed in my home. Plus I'm kinda lazy.

However, for those of you who like the idea of bathroom origami, there's this book: 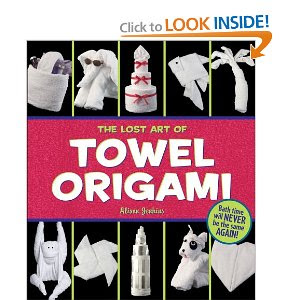 Now your towels and your TP can all be decorative in the extreme. I actually like towel origami -- when I visited Egypt, the young men who performed the maid services in the smaller hotels and especially on the Nile cruise ships would always leave the cutest origami on the beds. Here were some of my favorites (the crocodile attacking the snake was in the hallway) for your entertainment: 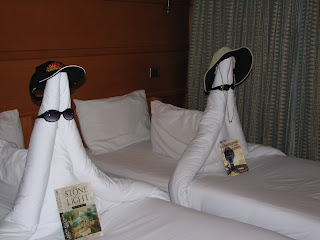 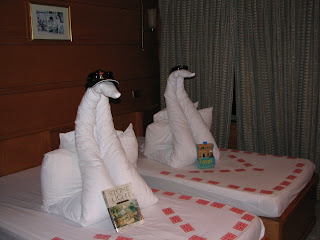 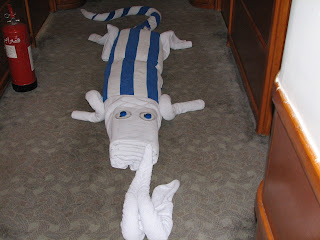