If you drink and drive, the ghostly face of Elizabeth Taylor will appear and and her eyeball will be in your steering wheel. Like it's not hard enough to concentrate on the road! 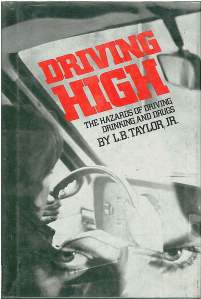 Thanks, Awful Library Books!
Posted by Miss Maggie at 12:52 AM 4 comments:

Is everyone looking forward to the weekend? Probably not as much as this guy: 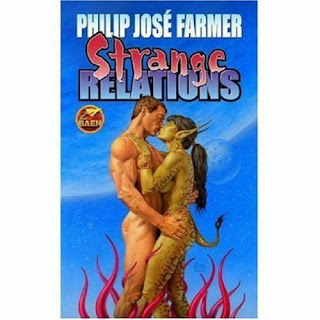 As if him being butt naked on the cover wasn't enough, phallicky images still abound on this cover: her ears, her tail, and of course those tentacles!! Creepy -- if I were her, I'd be worrying about what those tentacles were up to! For the guys, we have a lovely side-boob, and I think the moon is meant to be a mammary symbol too. Two questions. First, what is wrong with his fingers? They're... creepy. Second, why is she still wearing her watch?


Next, we have a look back to a time when creepy old scientists gently held their telescopes in the presence of their young ... proteges. The protege looks clearly uncomfortable. What's less clear is what that is on his arm. A band-aid? Or a weird European tribal tattoo? 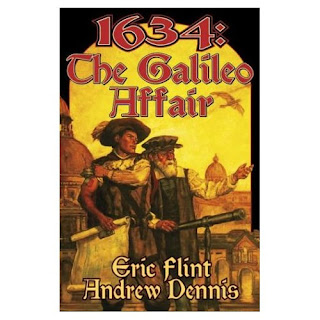 Finally, while this certainly doesn't meet the requirements of a Phriday post, it made me laugh out loud. Seriously loud. My coworker in the next office came over to see if I'd snapped. (Maybe I have, but I still think the cover is hilarious!) 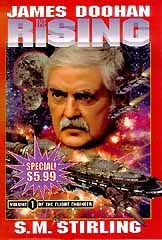 Why is Scotty's head floating in space? Is he supposed to be a character in addition to the co-author? Even still, WHY IS HIS ENORMOUS HEAD FLOATING IN SPACE???? I also love the "special" effect ($5.99) of that ship blowing up, or growing a purple star, or... whatever.

I know I suck

Yes, it's been a while. I'm busy trying to get things in my life together (never fun!). I'm working for kgb_, the text answering service. Got a question? Text 542542. I'm making half as much as I made at the library (and a third as much as I made at the library in Illinois, yay unions!) but having a lot of fun. I'm also creating beautiful works of art that can be yours for the low price of not $99, not $55, but EIGHT DOLLARS EACH! Check out my etsy store! 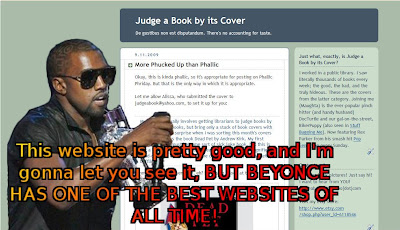 More Phucked Up than Phallic

Okay, this is kinda phallic, so it's appropriate for posting on Phallic Phriday. But that is the only way in which it is appropriate.

Let me allow Alissa, who submitted the cover to judgeabook@yahoo.com, to set it up for you:

My day job actually involves getting librarians to judge books by covers as I sell books, but bring only a stack of book covers with me. Imagine my surprise when I was sorting this month's covers and came across the book Dead Pet by Andrew Kirk. My first thought that it must be some sort of sick joke book, but this is not a humor book, but a book meant to give tips on a dignified send-off for a deceased pet. The cover, therefore, is completely baffling. 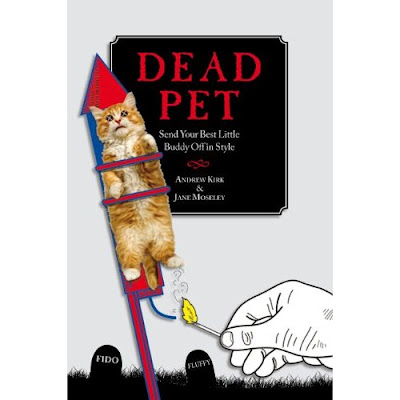 Yeaaaaaaaaah. That's as dignified as heckling the president. Maybe more so?
Posted by Miss Maggie at 4:32 PM 14 comments:

Vote here for me. I'm nominated in the Special Interest Category. More Mammaries and Phalluses for everyone!
Posted by Miss Maggie at 7:58 PM 7 comments:

Email ThisBlogThis!Share to TwitterShare to FacebookShare to Pinterest
Labels: BBAW

From the adorable Rex Parker comes this gem: 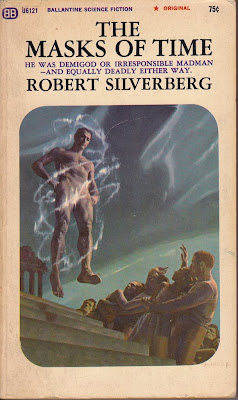 Behold! His Priday Phallus is so bold and magical everyone must shade their eyes! "Friends, Romans, Countrymen, Lend me your..." Yeah, you get where I'm going.

What comes between Mammary Monday and Phallic Phriday? Bellybutton Baen Day, of course! Those of you who are new readers may not be familiar with the special place in our hearts we reserve for Baen covers. In fact, I typically assume that when I see a crazy sci-fi cover that it's gonna be a Baen. So I pooped round to Baen's website today, to see what kind of groovy crazy shit we can see today. Welcome, once again, to the wacky world of Baen! 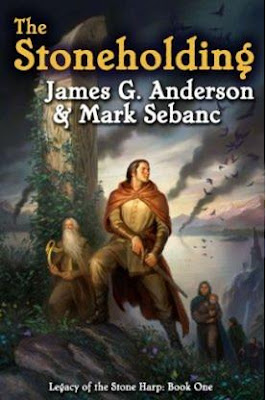 He's holding something, but I don't think it's made of stone! Let's count the phallic images, shall we? We've got the sword, the castle in the background, the broken stumpy thing in the background, even the little old man's head looks kinda phallicky. Am I missing any? 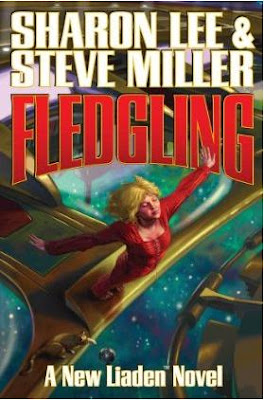 Is anyone else thinking, "jump jump jump jump"? Quick question: How long do you think an unprotected human can last in the dead of space? No, I'm sorry Douglas Adams, the answer is not almost thirty seconds. Your blood would boil long before that. Cats, on the other hand, can last indefinitely. It's one of their little known evil powers. 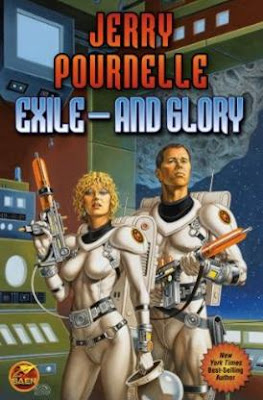 And finally, a perfect example of why Baen gets its own day in between Mammary Monday and Phallic Phriday. Mammaries and phallicies in the same cover--SCORE! Okay, so it's not so much the painted-on suits or the chubby guns that have fascinated me about this cover. Rather, it's the fishbowl that she's clutching. They can paint on body armor suitable for space, but you still need a bubble-head helmet? Guess she doesn't want to mush her '90s perm.