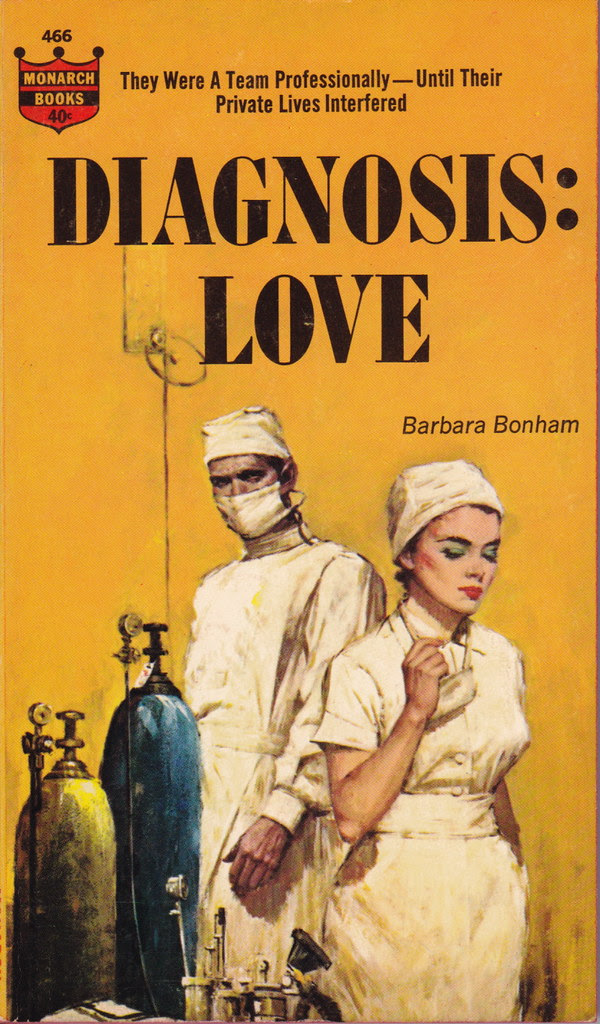 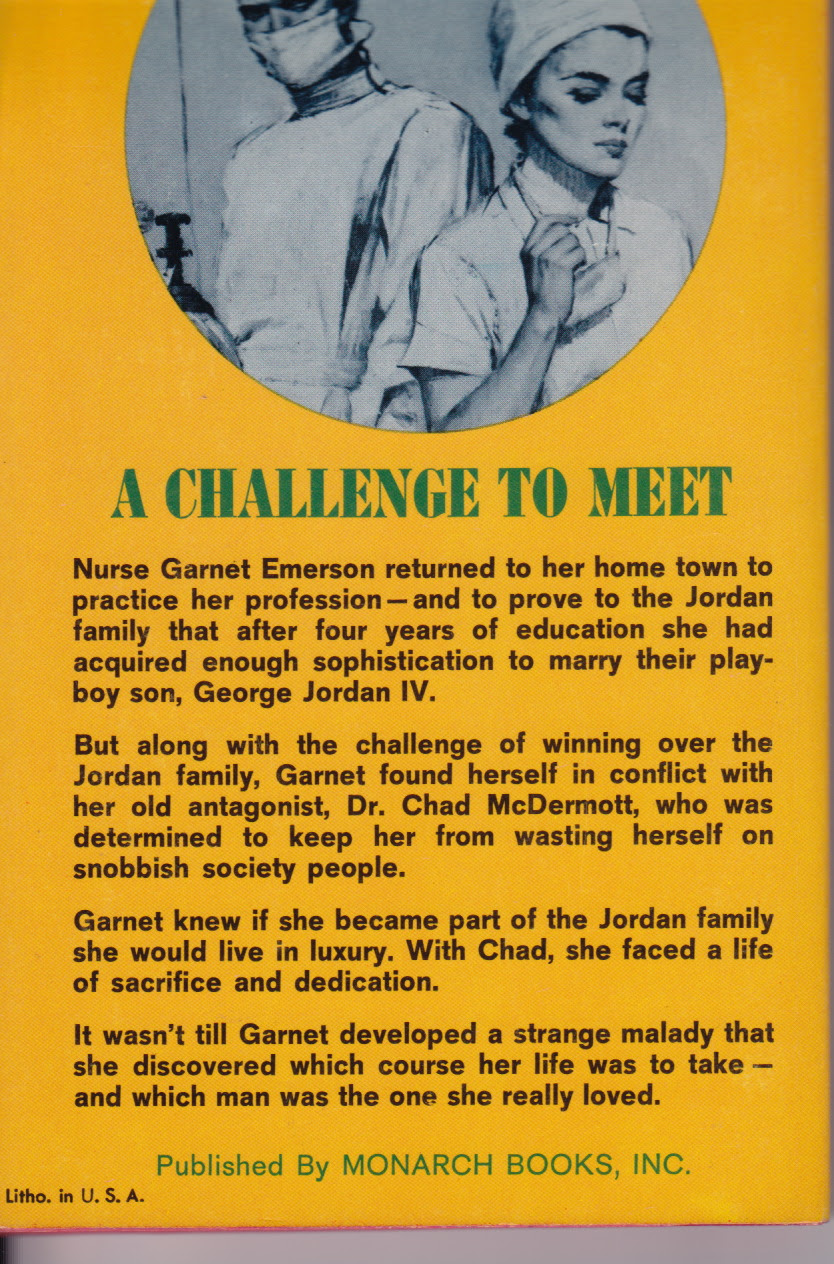 He took the thermometer from her and glanced at it quickly. "Normal. No germs here. It would be perfectly safe to kiss you." He pulled her up into his arms.

I really hope that thermometer was in her mouth.

"No germs here" because every single germ causes fever, you know. The doctor said so! And a life of sacrifice if she married a doctor? Maybe he works night shifts?

"I really hope that thermometer was in her mouth."I'm laughing at this in part because I just read an eye opening article on what a kinkster freakazoid James Joyce was.

See what happens when you grow up in the West? Or South? :-)

Hilarious! I about fell out of my chair at your thermometer comment! ....and what IS with the big tanks of nitrous oxide?

ROTFL at your thermometer comment!! BTW, I would love to see her face after wearing her mask over that makeup for a few hours.

Going outside to smoke? Surely in 1964 the doctors and nurses smoked right there in the operating room, next to the nitrous tanks.

Do you think they're Gregory House's parents? They both sound ornery enough (he could have changed his surname...)

"George Jordan IV"? They didn't realize how clumsy that name is? Or did they have to keep using it because #I was so rich? Maybe he has a nickname like "Biff" or "Bob"...

lol the strange malady and the thermometer...