It's all fun and games until someone loses an eye! 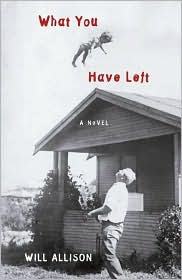 Nothing can come close to competing with Maughta's last cover. That was stunningly bad, and a clear winner in any phallicky cover contest.
My last couple offerings haven't been too well received, but hopefully this one will be more agreeable (in a disagreeable way).
Here we have what looks like a middle aged or older guy throwing an anthropomorphic figure into the air. Why? Does he think the kid likes it? Maybe he mistakes her screaming for laughing? Of course, it could be a doll, rather than a kid. And maybe my assumption that he threw it is wrong, and it actually just fell out of the sky. Hmmm, maybe falling out of the sky wouldn't be any weirder than throwing it that high up in the air in the first place. Especially if it's a child.
Of course, it's possible I have it backward and it's actually a kid floating away, tied to balloons that are already out of the frame. THe guy is watching her disappear into the cloudless sky, to land who-knows-where and suffer who-knows-what fate.
Or, I suppose it could even be an alien predator coming down from a spaceship to attack this poor defenseless man who was minding his own business and just walking on his lawn, looking for dandelions and eyeing the punk kids across the street who like to pee on the side of his house when he isn't looking. Now he's going to be devoured by a monster from outer space. Very sad.
Posted by BikerPuppy at 11:46 AM

Email ThisBlogThis!Share to TwitterShare to FacebookShare to Pinterest
Labels: babies out of context, Fiction

I'm voting for the alien explanation. Look at this guy, he doesn't look that strong and it would take some real muscle to launch a kid that high into the air.

Alien or an evil robot, because it's limbs are too stiff to be a human child.

never heard of storks givin' babies? :) they also come from cabbages but those don't fly so high i think...

He's just... staring at it. The poor kid, sailing above the clouds... as if the poor kiddo suddenly became a helium balloon. That's my theory. His daddy threw him up but instead of going down,he rose higher and higher...

I just can't stop laughing when I look at this..is that bad?