Another Sunday, another installment of "Pop Sensation" 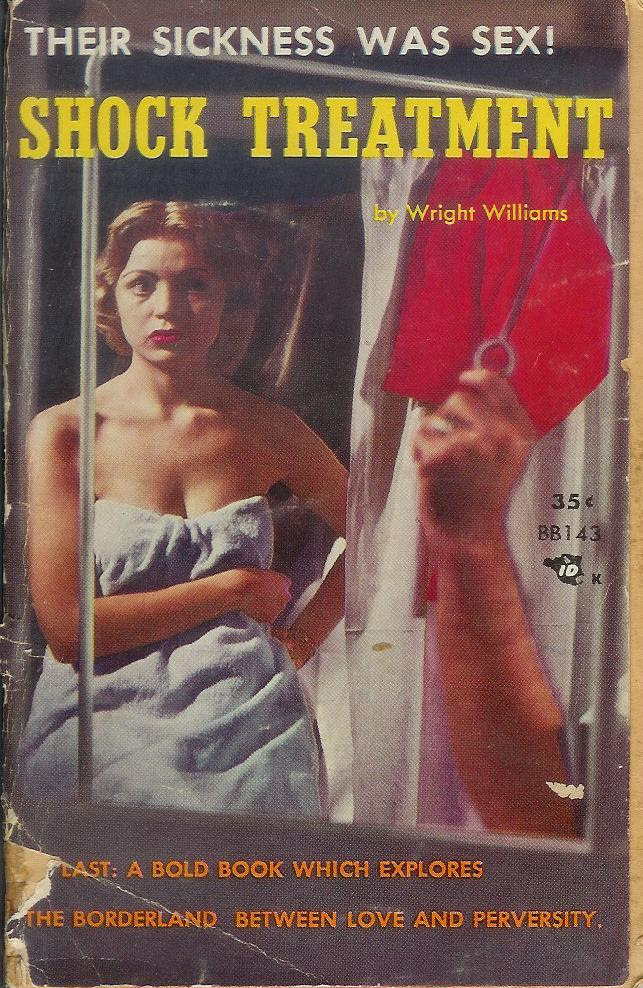 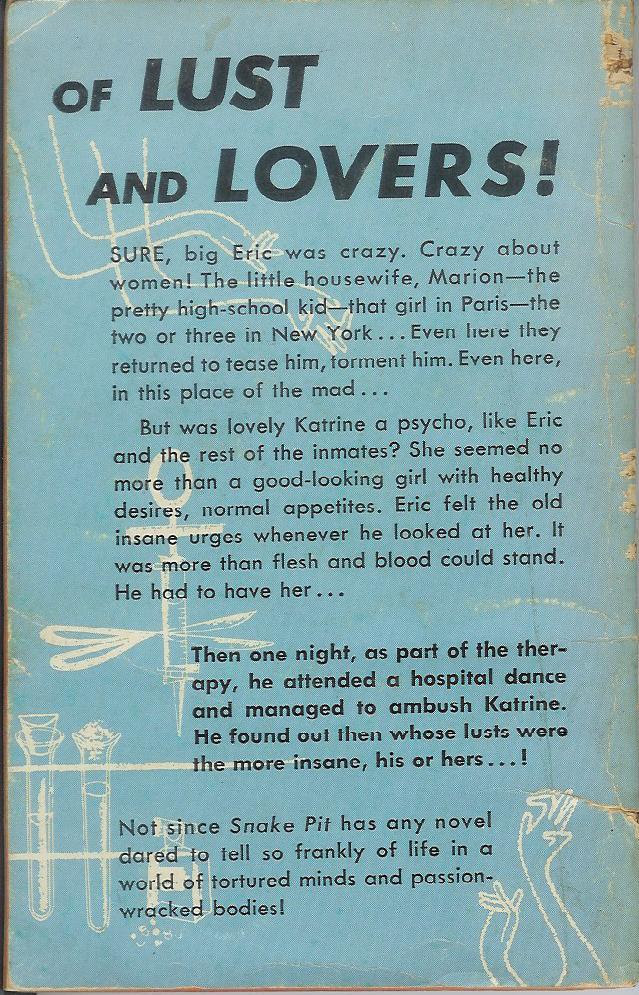 Instead of thinking of Katrine as a lovely, attractive girl who had bravely come out of a harrowing experience, I was drawing mental pictures of her in bed with a man married to someone else. It was rotten of me, and I almost welcomed the self-loathing that I began to feel.

Well, we've all been there, right?

For a moment, I was wondering why that book is packed with wrassion.

I'm actually reading this while taking a break from watching...The Snake Pit! (That was a mid-century slang term for a women's mental hospital, btw.)

She does have an exasperated look. I love how she took time to carefully apply that hideous lipstick, but opted out in the wardrobe department.

Brilliant...I want to read it.

Ok, so that front cover composition is hard to read. We're looking through a window that the man is about to close the blinds on. The red thing draped over the screen is the woman's appropriately coloured dress.

Looks to be a fantastic read!