OMG, have I been neglecting you fine people! I have no excuse. Well, I could probably make up an excuse, but it would involve the CIA and black helicopters, and I'd have to kill you. Of course, DocTurtle tells me that I probably don't have any readers anymore, so I could make up all the lies I want. Y'see, there were these turtles...in Ecuador...and a blimp...a biiiiiiig pink blimp...and you were there, and you and you! But I'll miss you most of all, Scarecrow! And Mrs. King!

Okay, seriously, I went to Montana in that time and visited my in-laws for Thanksgiving. So we brought the camera, but did I take pictures of Peggy and Loren (DocTurtle's folks)? No. How about Brad (DocTurtle's brother) and his fiancee, Sarah (hello future sister in-law in-law!)? Of course not! Did we even take pictures of Peggy and Loren's three birds; Squak who used to sit on my shoulder but doesn't come down much anymore, Phoenix who haaaaaates me and waits to ambush me when I come into the room from the bathroom, or Cheeky the newby bird? Nah, who wants pictures of adorable parrots. Did I take pictures of my ALL-TIME FAVORITE USED BOOKSTORE? You bet your ass I did!

Now, I'm a book snob. And a used book store connoisseur. So you know if I have a favorite, it's gotta be fucking awesome, right? So here's the bookstore that Richard runs: 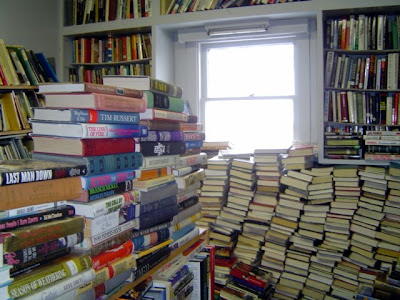 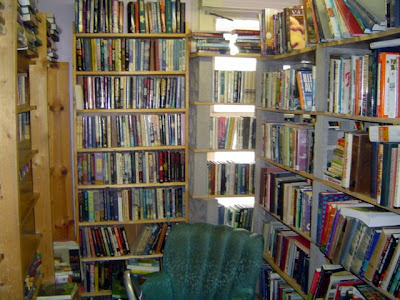 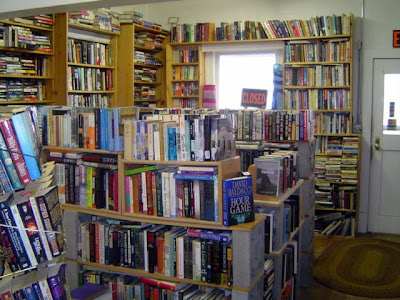 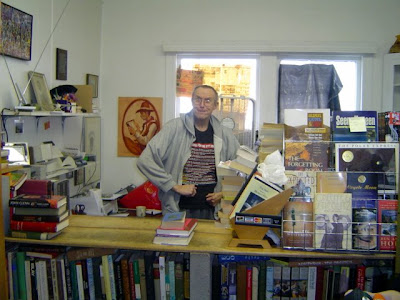 If you're ever travelling through Helena, go to Van Nice Books at 216 E Lyndale Ave. You won't regret it. I promise!

So you may be asking yourself, "Self, what does this have to do with book covers?" Well, here's what I found at Van Nice's: 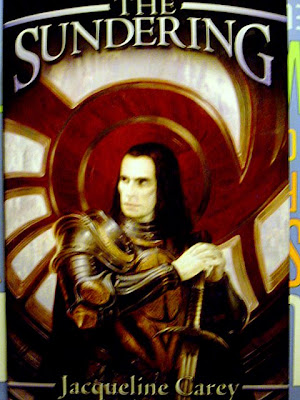 Iggy Pop! In armor! And whiteface! Totally freaking me out!!! 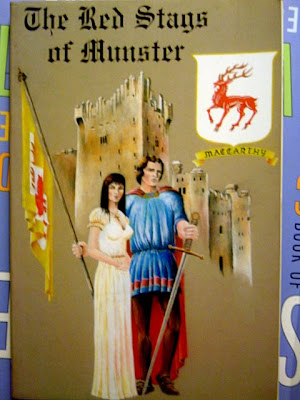 Ah, the joys of self-publication. What I want to know is, did the author paint this picture, too? 'Cause if the book is as bad as the cover it might be fun to read!

I also took some pictures of a totally cool spontaneous art explosion that was happening in a potted plant near the Starbucks (damn you, and your irresistible peppermint mochas!) in the Detroit Airport. If you're headed through there, check it out! 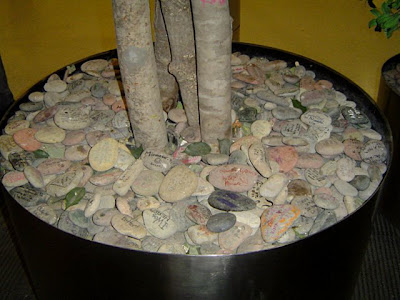 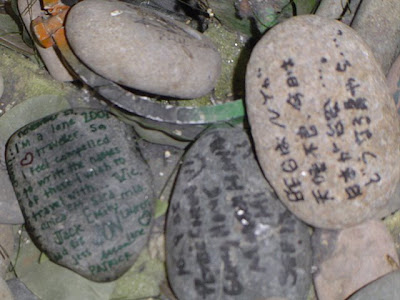 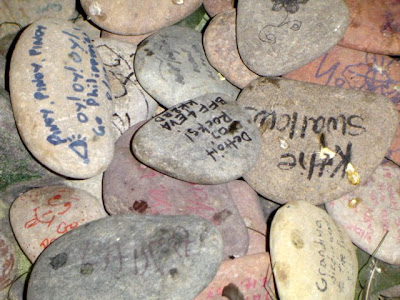 Email ThisBlogThis!Share to TwitterShare to FacebookShare to Pinterest
Labels: Fantasy, News you can use, Update

Hey, you still have at least one reader! Me!

I do not wat to know what Iggy is going to "sunder" with that sword. Was that sci-fi, or fantasy, or...?

I'm glad to see that Iggy has gained a few pound and moved up from sack of bones to merely emaciated.

I love how the Red Stags of Munster is totally just American Gothic.

The Red Stags of Munster people look like they're whistling. The sundering guy looks like he should be a Death Eater. What does sundering mean? Is it like tendering?

Richard, I love your store, and possibly, you. But it's mostly about the books, so don't get alarmed/excited.