Well, it's that time again.

After a month-long hiatus during which time I'm sure many of you had thought she'd died, Maughta gets on-line and posts a couple of quickly-thrown-together scraplets to fling at you and keep you at bay.

"Maughta," I say, "you oughtn't treat your fans this way. When one is thirsty, one must drink, when one is hungry, one must eat! Without food, one starves. So it is with the mind, too, so one's mind longs for sustenance. Your readers are hungry, they hunger for your snark!"

Where does that take us now?

Across the blazing sands of some far-away desert, astride ethereal lambent camels, perhaps? 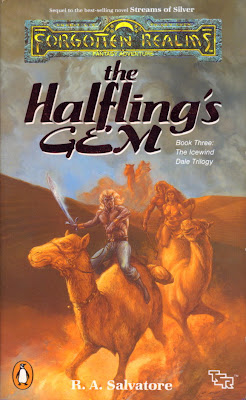 This cover is all sorts of ugly. The camels look pretty blase, but Kip Winger there is positively pissed. Perhaps he ran out of Aquanet? Perhaps they're late for the Dokken concert? Perhaps it's simply that, as can be seen in the detail below, he's been rendered with the skill of a seventh grader with no knowledge whatsoever of human anatomy? 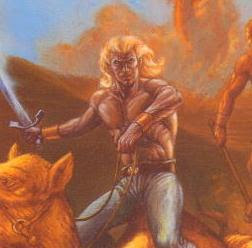 Incidentally, I suppose a "cameltoe" joke would be in bad taste here? 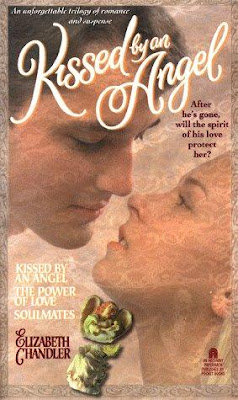 What's with the lace-like graphics overlay here? Are we meant to be gazing upon this loving couple through the gauzy wisps of a wedding canopy? Is she focused on his already-receding hariline, or is she just too busy checking out an eye booger to notice? Did someone get fired over this cover? And why am I asking so damned many questions about this godawful artwork, anyway?
Moving on, again...
Maughta made a note to check back on a cover she thought had potential for snarkful deconstruction, belonging to a book titled I Am an Artichoke. I found the cover she was talking about, but I didn't find it odd enough to take the time to upload its image. In the same search, I found what has got to be one of the most incongruous images I've ever come across. I give you, Scotsman standing in Italian street market with tapir made of artichokes, #1: 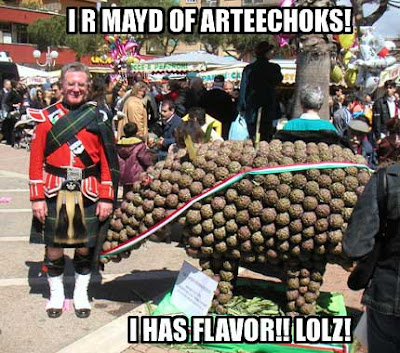 This image comes to us courtesy of a blog called (you simply can not make this stuff up) LOLTapirs.

You can't top that.

Not that you'd want to.

Ladies and gentlemen, the fat lady has sung.

When either of you post, it's one of the highlights of my morning. LOLtapirs? I am thrilled!

HA! I have that first book. I remember thinking the cover art looked goofy, especially because the guy in the center of the cover would never ride through the desert shirtless because dark elves can't tolerate the sunlight.

The artist for the first book must have learned human anatomy from superhero comic book covers.

But how can you diss book 2? If I'd known you could buy lesbian regencies at the grocery store, I'd probably enjoy shopping more. (Seriously, "he's" a chick!)

I first thought that Maughta was speaking in the 3rd person, then I realized it was DocTurtle. Both of you are so good at your posts. It must have been the snickerdoodles. Maughtmom.

The guy on the first book looks like a totally off-the-wall Lucius Malfoy. Draco must be embarrassed!