Remember back in the Good Ol' Days™, when one had to actually read a book to find out what it might be about? When the title gave little or no clue regarding what you'd find within? Like A Clockwork Orange, or Nineteen Eighty-Four, or Lord of the Flies?

Those days are gone, folks! In today's Modern Society™, a busy Hausfrau has no time to dilly-dally over books whose meanings cannot be discerned instantaneously!

We here at Judge a Book By Its Cover are proud to bring you today's edition, featuring Harlequin Romance's line of self-explanatory expository titles, all seen by Maughta and me while we hit the grocery store this evening to stock up for our New Year's Eve soirée tomorrow night. The first course is Italian Boss, Housekeeper Bride: 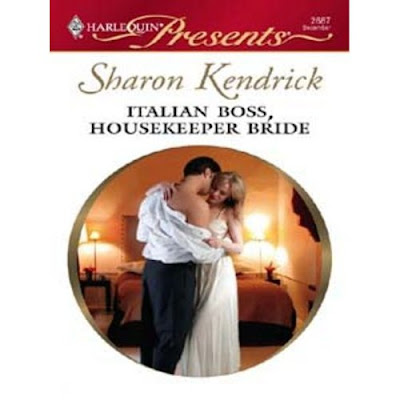 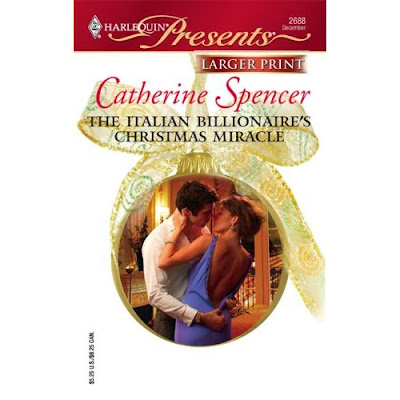 As to the title: might we leave anything to the imagination? Whatever happened to subtlety, understatement, metaphor? Can we try to entice our readers with a hint of mystery, a soupçon of suspense? A well-chosen title can be quite a draw. I mean, would anyone have read Watership Down if it were called The Internecine Warring of a Bunch of Rabbits?

Once again, I'm betting that Giacomo, on the left, is Italian. And he's probably rich as Croesus, but inexplicably unhappy. The chick on the left danced into his life around Christmas time and got stuffed into the stocking he'd hung by the chimney with care. Now her zipper's stuck.

I wonder if he gets off on being called a "naughty elf."

Not to be outdone by the Italians, the Greeks have thrown a billionaire of their own into the mix: 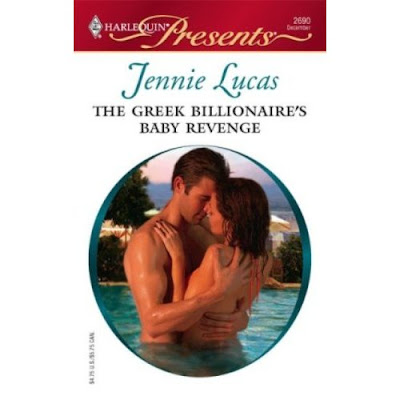 Another Mediterranean Mammon, another lucky bride. At least in this case there is a scintilla of ambiguity in the title: what role does the baby play in the revenge? Has this here gold-digger had a baby by Aristotle Rastapopulos in order to blackmail him into marriage, or has the couple's one-year-old, sick to death of strained peas and early bedtimes, contrived to get the better of his hapless parents? Read on, to find out!

Until next time, your homework: come up with literal, expository titles for your favorite literary classics (ex.: Obsessive-Compulsive Sailor Goes After Big Whale).

The Pig is Stalin (Animal Farm by George Orwell)

The Star-Crossed Lovers that Killed Themselves

On a semi-related note: I always hated the title of the children's book, "My Brother Sam is dead." (SPOILER) The climax of the book is that Sam dies. Like, they spend the whole book trying to stop it, when, in fact, we know he's going to die because the title of the book says so.
That book won awards, too.

(Granted, the last one is kinda obscure.)

Rich swarthy guys are in. Who knew?

Why War Sucks by Joseph Heller

A Tale of London and Paris

Alice Has a Dream

Alice Has Another Dream, This Time About Chess

If the Italian's a billionaire, why does he have to wait until Xmas to buy Viagra?

Holden Caulfield Gets Kicked Out Of Prep School And Wanders Around New York City (A Catcher in the Rye by J.D. Salinger) Wendy, Jill, And The Other Kids Make Fun Of Linda For Being Fat (Blubber by Judy Blume) Newland Archer Is Engaged To May But Gets A Crush On Ellen(The Age of Innocence by Edith Wharton)

The Columbo Pilot Episode Where Raskolnikov Kills The Pawnbroker

I Fell Hard For A Married Man (Jane Eyre)

It Really Sucks That I Have No Arms, Legs, Or Face (by Dalton Trumbo)

A Steel Magnolia, a Gunrunner, and the Entire Civil War (Gone With the Wind)

Nobody Lives Happily Ever After (Wuthering Heights)

Over on The Lunatic Cafe for Romance Readers, we did a whole thread on The Worst Romance Title Ever (making it up as we went along):

"Who the fuck has any idea?" by James Joyce

"The Pig is Stalin" actually sounds like a killer YA dramatic novel title. No idea what it's about, though.

Pompous People Withdraw From And Thus Destroy Civilization On Purpose.

One of Absent Father's Four Daughter Dies, The Rest Get Married.

I Get Shipwrecked, But Learn The Joys of Enslaving Others.

Russia Gets Invaded, But Fights Back as The Aristocrats Have Affairs, For 1000 Pages.

I Screwed The Preacher So Everyone Thinks I Am A Whore.

It Turns Out That They Kill The Lottery Winner!

Watch My Portrait Age As I Ruin Lives!

French Spinster Destroys Her Family Because She Always Hated Them.

The Alien Conquerors Get Sick and Die.

Emo Poet Loves A Heartless Bitch Who Lives On A Moor.

Hooker Turns Thief, Then Marries Her Brother In Virgina.

I Thought Breadfruit Is Important, So My Crew Threw Me Overboard.

Loser Dies So His French Lookalike Can Live And Get Married.

Misanthrope Makes Himself and Others Suffer by Dostoevsky

Jesus Had a Kid by Dan Brown

Waiting for Godot by Samuel Beckett

I check in romance novels at work. I have determined that they only have 30 working titles, they just change the nationality of the man, the marriage status of the woman, and say if she is a virgin, captive, mistress, or all three.