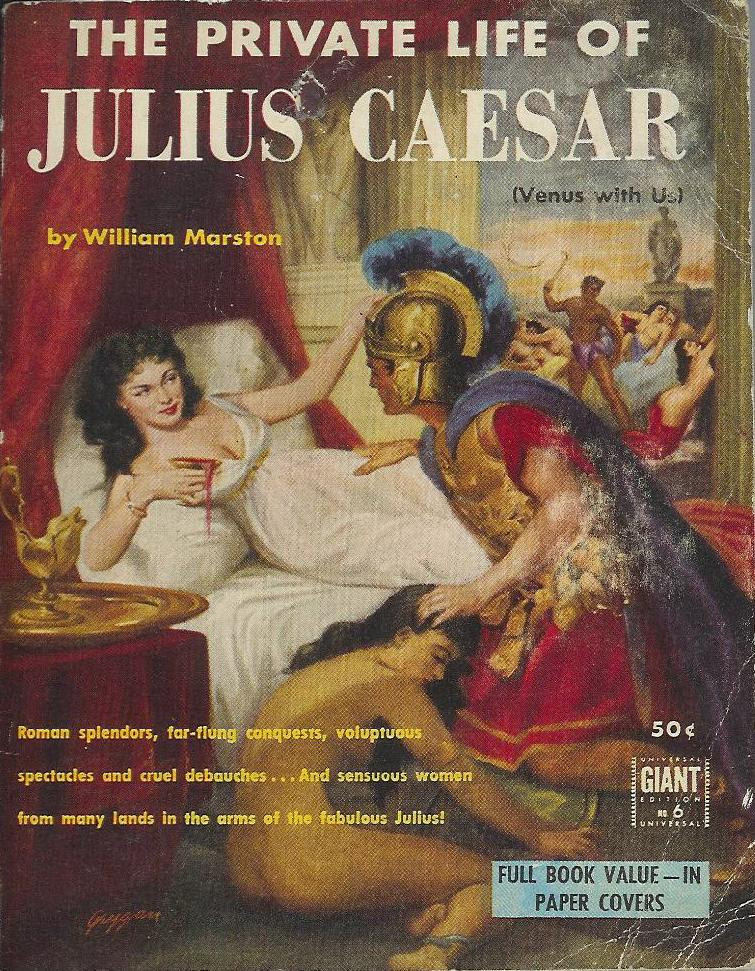 OK, stop. Hammer time. This book was written by the creator of "Wonder Woman." I Am Not Kidding. And yet none of the booksellers at abebooks mention the connection between this book and "Wonder Woman." You'd think that fact would be one of the main selling points. As I looked at the book, I thought "William Marston" sounded familiar, and then I looked inside and saw the author's middle name (Moulton), which rang even more bells. Then I googled. Holy Krap. From Wikipedia:

Dr. William Moulton Marston (May 9, 1893 – May 2, 1947) was an American psychologist, feminist theorist, inventor, and comic book author who created the character Wonder Woman. Two women, his wife Elizabeth Holloway Marston and Olive Byrne, (who lived with the couple in a polyamorous relationship), served as exemplars for the character and greatly influenced her creation.[1][2]

He was inducted into the Comic Book Hall of Fame in 2006.

Best things about this spine!!!!: 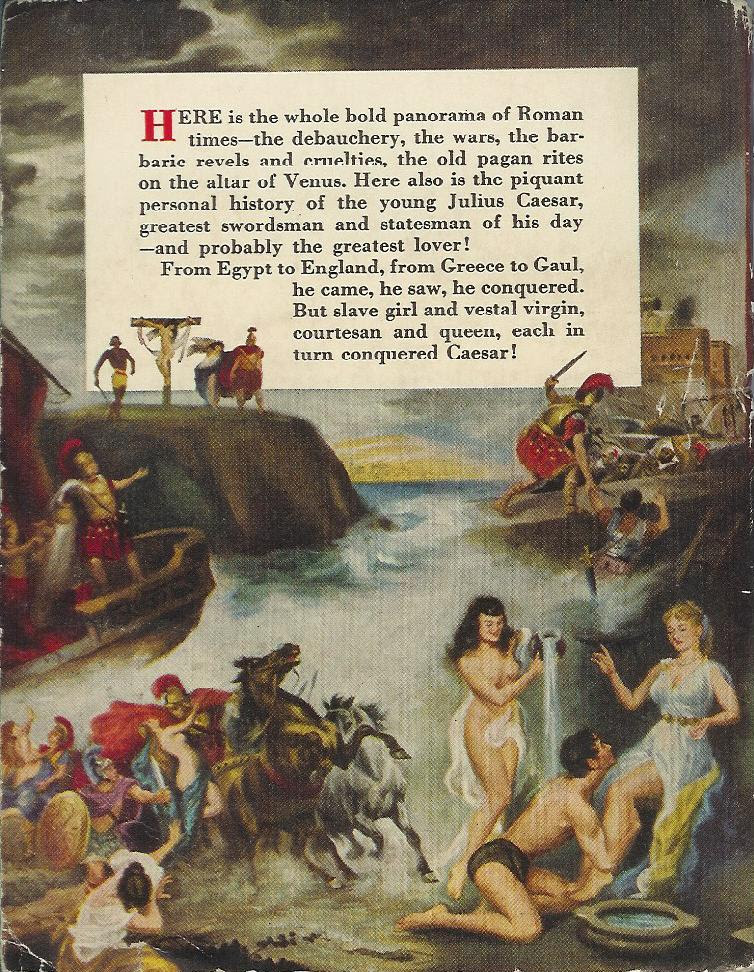 from a chapter titled, I swear to god, "Ladies' Night"

The pretty young neophyte walked straight to the golden gate, as she had been told to do, and gave her name and that of her sponsor to the door-slave who stood behind the golden bars.

This made my day. Brilliant! You need to update wikipedia...

Yeah, door-slave. Wealthy Romans had a slave whose job was to wait by the door all day and announce/let people in or turn them away. This person was called a janitor, from Janus, the god of doorways. That's where we get our word janitor.

What I want to know is what it says in parentheses under the title. Venus with... Lust? Lash? Inquiring minds want to know.

I have the strangest desire to read this book!

Oh this book is so full of win. Now I'm motivated to hunt down a copy for myself.

I would so read this.

You can read some stuff about Marston here.

I'm such a geek. I totally got the WW connection the moment I saw his name come up. Marston's various kinks are ridiculously well-documented.

My personal favourite fact about him: he also invented the lie detector!

Copies of this version of this book run in the $20s (you can have mine for $25, shipping included - I price all of my books, though I don't advertise that fact here). You might keep an eye on ebay, though. I just saw a Ridiculously priced copy there ($7, shipping included!). That auction seems to have ended, but with the coming Depression, I'm sure copies dirt cheap copies of campy old paperbacks won't be too hard to find.