Many years ago, while in a college cultural anthropology class, I read several articles designed to demonstrate that looking at a culture from the outside often gives a distorted picture of that culture or people. My favorite example was Body Ritual Among the Nacirema, a facinating look from the late '50s at a culture - familiar to most of us - from the point of view of someone completely unfamiliar with said culture. I highly recommend reading it (and let me know if you can't identify the people being discussed). In that same class, we read another essay that purported to be an extraterrestrial's view of Human society, indicating how Humans worship balls of all sorts. Our television and in-person gatherings are often devoted to balls, as is a large percentage of time and/or space on our news-dissemination services. In fact, there's apparently one ball-focused gathering that takes place on a particular Sunday in February when millions upon millions of Humans from all over the world (although most particularly in the central part of the North American continent) stop all other life activities and worship a brown oblong ball and the priests who are permitted to handle it. Facinating. (I tried to find the essay for you, but googling "worship" and "balls" doesn't really give the result I was looking for - don't try it at work!)

These essays and others like them have stuck with me for years. When I visited Egypt, I wondered how much of the interpretation modern scholars impose on the tomb and temple paintings is as "accurate" as ball worship and the shrines of the Nacirema. Most of the prominant scholars are separated by distance, religion and culture, but also by thousands of years of development and change. Did they take these images completely out of context, simply because much of the other cultural indicators were lost?

What hope, then, for future generations to understand American society, when books like these are found by our distant descendants? 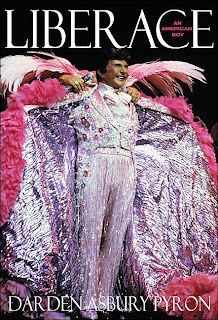 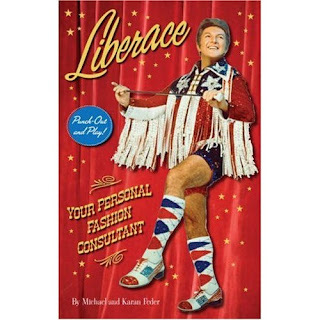 When I was a kid I owned a book, Motel of the Mysteries, in which archaeologists in the future analyzed American culture based on what they found at a single excavation site, which, if the title doesn't make it obvious, is actually a motel room. I remember it being fun, although probably not as scholarly-sounding as the articles you mentioned. I'll have to try looking those articles up sometime. I think I remember having to read the balls one in an Anthopology class at some point.

And that's definitely not MY personal fashion consultant. I would rather be unnoticed than tassled, themed, and sparkly. Wow. But I kind of want to read the book for the entertainment value.

I'm hoping that bottom one is photo-shopped in some way, but I'm guess it's not. Also, you are a brave soul to try and google the worshiping of balls.

@ Melissa - Motel of the Mysteries was one of my favorite books as a kid (the archaeologist wearing the toilet sanitation thing as a sash will probably forever remain in my memory) and I have often thought about what future societies will think of us.

The bottom one is real, but meant to be funny, it's book of adult paperdolls. There's ones for Elvis and Marilyn too, but Liberace takes the cake.

All joking aside, I'm hoping that because we have so much written down both on the internet and in books in so many different languages it'll make it easier for us to understand the past in the future.

And hey, if that cryogenics stuff works and they come back as themselves and not demon inhabited bodies looking to spread the rule of Satan, then there'll actually be people from our time to correct any historical mistakes.

When I was in middle school I wrote a very silly short story involving an archeological dig from the far, far future.

They decided McDonald's was the dominate religion of the planet, since small temples were all over the earth.

They also decided that the golden arches were probably a fertility symbol and happy meal toys were used as small shrine offerings.

I'm in cultural anthropology right now, and just had to read that article about the Nacirema. I didn't get it until it was explained to me. (lol).

Our distant descendants will wonder how managed to live long enough to evolve; especially with that last cover. Ouch! That makes my eyes hurt :oP

Kaete, that sounds pretty cool to me! I remember reading a story where the alien (or future, not sure, but I think alien) anthropologists thought Coca-Cola bottles were an object of religious significance, since they were found all over the world and had a distinctive shape. (This must have been in reference to the returnable glass bottles.)

The Nacirema are similar in many respects to the Adanac people.