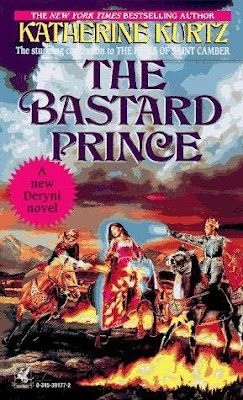 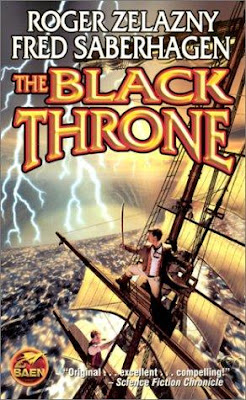 Good comment on a tacky cover. And very original prose.

Only if she learns how to spell "lightning" :)

D'oh! I'm actually a grammar geek, so that is really embarassing.

It's fine, she was just lightening the mood!

It's hard to tell from these scans. Is the pixellation actually on the covers in question or are these just overcompressed jpegs?

As much as I agree the cover of The Bastard Prince is mockworthy for its execution, it is one of the last SF/F covers that actually depicts a scene from the book.

That was the trend during the 80s and early 90s, and I'm greatly saddened by the parade of "creative portraiture" that has been the trend for the past 15 years or so.

Hi BikerPuppy,
I like your commentary, but could you please use something with better resolution than a cellphone cam to take pictures of the book covers?

Xeno -- I'm not sure what happened. They were clearer when I sent them to Maughta, but maybe my email program fuzzed them up. I looked online for the clearest images possible.

Keep BikerPuppy on! I'm happy to see more posts on this blog!