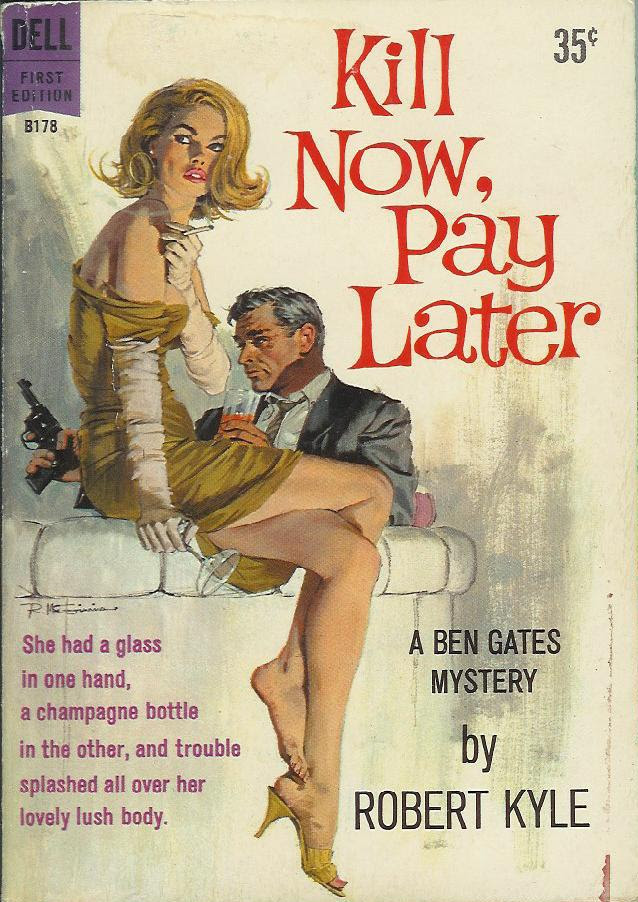 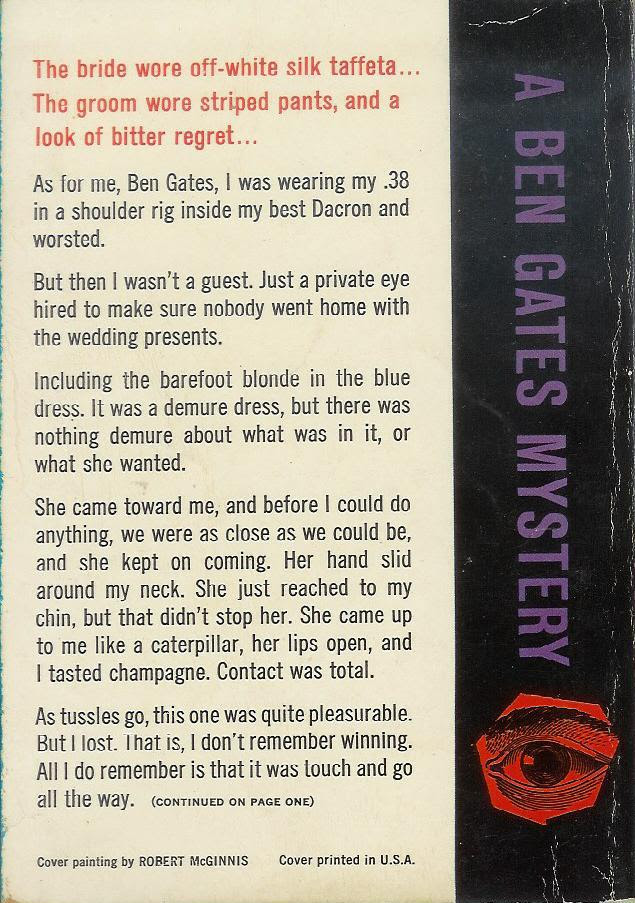 What she saw in her living room cured her of the giggles.

That is a great line - the opening line of a new chapter. How could you not read on?

PS Thanks to Duane Swierczynski for pointing out that McGinnis also painted the cover for the recent reprint of this title (published by Hard Case Crime). I prefer the original cover, but the new one definitely has its charms: 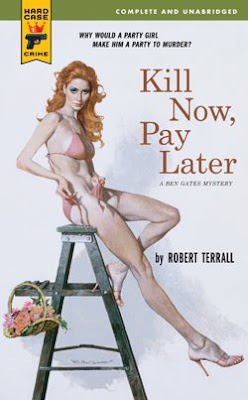 This is Ben's last case, if he can just make it through the next five minutes.
She's waiting for someone, Mr. Big, the man with all the answers, Ben thought as he forced his way into the hotel room. "I'll have that drink, now," he ordered. "Is that worry on your pretty face, kitten? It's aging you. Oh, I see. He's on his way over now, isn't he? Well, we'll both just wait and see." He slid the .38 from its holster. "I think the three of us will wait."

The man really looks like a Sean Connery when he was young.