In this latest installment of "Pop Sensation" ... Meet Joe Gall ... 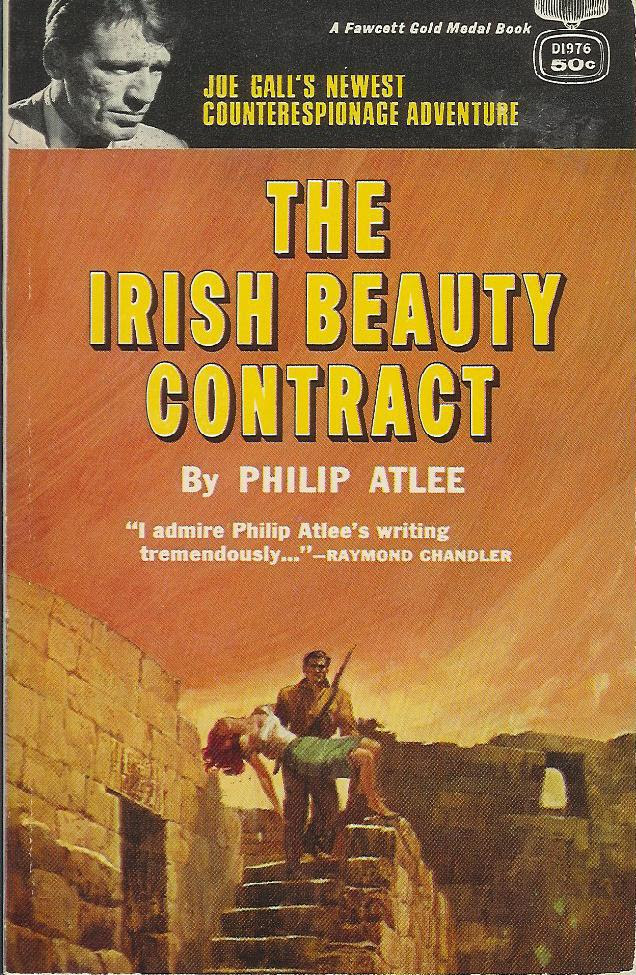 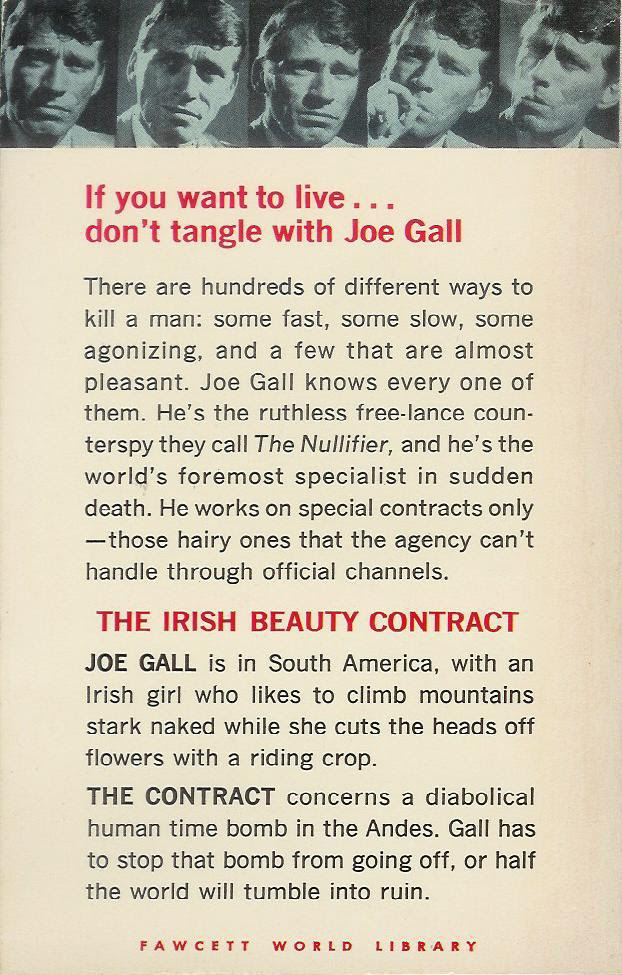 "You're most depressing," the Irish Beauty said. She was nude except for a solar topi and a riding crop.

Topi (n.): A pith helmet worn for protection against sun and heat.

At least I assume he means the pith helmet. The other "topi" is an antelope.

But you got the first line wrong! It's supposed to be this:

"You're most depressing. Now pith off!" the Irish Beauty said. She raised her solar topi and let her hair cascade down her naked body.

I'm presuming the Irish Beauty is a redhead of the bottle variety? If she's a natural redhead (like myself), she must have a death wish to be naked OUTSIDE.

Maybe what Chandler actually said was more like this: "My reputation has recently been slandered by those who claim that I admire Phillip Atlee's writing, I dispute this vehemently!"

Maybe he did mean to put an antelope on her head.

The Irish Beauty, if she isn't already dead, is likely to be so very soon. She (or her body) appears to be in immediate danger of sliding out of the hunk's arm and bouncing down those nasty stone steps. Or, more likely, to be dropped by said hero who is holding her "dead" weight at an impossible angle while not looking at the high stone steps he is descending.

Cancel that. They are both likely to die in a heap at the bottom of the stairs, she from being dropped, he from following her down as he unsuccessfully tries to grab her.

I think the hero looks more like Ash from Evil Dead, personally. And how the hell can someone be nude "except for a riding crop"? Things held in one's hand do not count as clothing. Either the author is getting too excited at the thought of the picture he's painting and screwed up, or that riding crop is being used in some non-Equestrian-Association-approved fashion. As opposed to the alternative, where it's merely going to be used in a non-Equestrian-Association-approved fashion very soon.