So is there anything more phallic than a gun? Well, yes, I suppose. Obelisks and missiles and swords come to mind. Really, most things military or commemorating military things, but I digress. Guns, especially handguns, become kind of a detachable penis (great song!) or an extension of the penis that one can fondle in public. So you see a hot chick with a gun and it's kinda like she's handling your penis, right? At least, I've got to suppose that's the idea behind these covers. 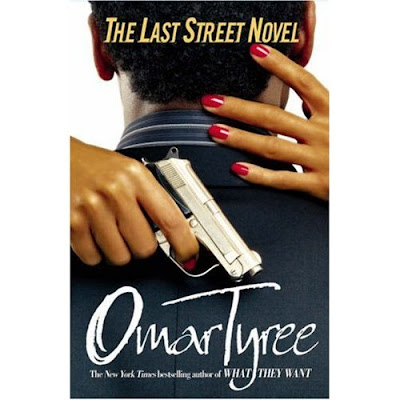 Blood red nails and a tiny little gun. Someone's not too secure in his masculinity. 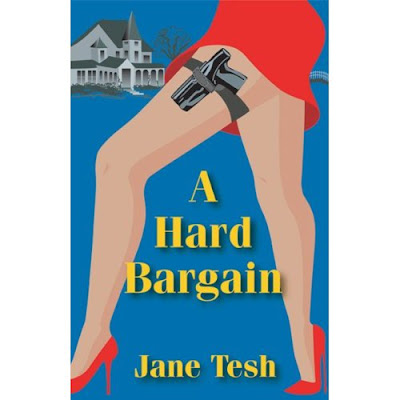 This one's even better. Attached to legs that go allllll the way up is a very phallic gun that's just about in the position (on the outside of the leg) that a phallus would occupy (on the inside of the leg). The four-inch fuck-me-red heels and the title (a HARD Bargain?!) just add to the allure. The funniest part is that when I first saw this book I thought it was written by John Tesh who has always freaked me out just the tiniest bit. I have NEVER seen a woman check this out even though I think it's marketed to the Janet Evanovich crowd. Bad, bad artist. No dinner for you. 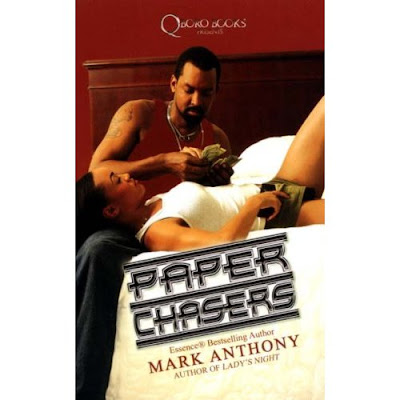 That's a gun on the Paper Chaser's cover? I thought it was the remote for the seedy hotel room TV.

I think you out-did yourself this time, Maughta. Your post was so funny that no one knows what to say.

Hey, this is from last Phriday. What about today?

Hiya! I just discovered this site today. It rocks! There are some truly tasteless book covers here.(snicker,snicker) Btw, Dumbledore is not gay, J.K.Rowling is just messing with our minds, and despite popular rumors,PAUL MCCARTNEY IS ALIVE!!! Love, Sexy Sadie

Honestly, is there a non-phallic weapon she could be holding instead? Brass knuckles, perhaps? Or a grenade?

...actually, come to think of it, that would be FREAKING AWESOME!